This post is a big rambling about many things that have been rushing through my head for the past week, it’s probably a lot messier than my usual tech posts, but I feel like I’ve captured my state of mind accurately. It’s about growing up, becoming a man, and looking back on my past.

From boy to man

Sometimes, in movies the journey of the hero from boy to man is depicted in a flash, totally skipping the adolescent bit. This is the case in Disney’s Tarzan (one of my favorite movie as a little boy). I think that this is very intentional, it shows you that the child was able to reach adulthood without being corrupted. As if the set of good values and traits that the boy possesses fully transitioned into adulthood. This is a very romantic idea, but sadly it isn’t how things worked out for me while growing up, or anyone that I know of for that matter.

I do not much believe in the Renaissance as generally described by historians. The more I look into the evidence the less trace I find of that vernal rapture which is supposed to have swept Europe in the fifteenth century. I half suspect that the glow in the historians’ pages has a different source, that each is remembering, and projecting, his own personal Renaissance; that wonderful reawakening which comes to most of us when puberty is complete. It is properly called a re-birth not a birth, a reawakening not a wakening, because in many of us, besides being a new thing, it is also the recovery of things we had in childhood and lost when we became boys. For boyhood is very like the “dark ages” not as they were but as they are represented in bad, short histories. The dreams of childhood and those of adolescence may have much in common; between them, often, boyhood stretches like an alien territory in which everything (ourselves included) has been greedy, cruel, noisy, and prosaic, in which the imagination has slept and the most un-ideal senses and ambitions have been restlessly, even maniacally, awake.

I’ve concluded that the majority of my integral realizations about life all happened around the time I was 12 or before. Especially in the realm of the nonobjective.

Lewis describes a feeling in the book quoted above, a feeling like a ‘stab of Joy’, a moment of pure crystallized experience that vanishes before you can even grasp it’s happening; a divine experience. I see now that I’ve also experienced this as a Kid, in a different but similar manner, I’ve had experiences that I can only describe as religious, moments in which the purpose of my existence is in full match with the experience that I’m having in that precise moment. These experiences became rarer as I became an adult. I now come to the conclusion that its frequency is related to the sense of pure contemplation that we have earlier in life.

In many ways I feel like my teenage years rotted the groundedness that I used to have as a Kid, I got taller, more educated on sciences and alike subjects, and more experienced in all the things that a man is supposed to be experienced in, but at the same time, I cannot see it as anything other than a defeat. The ego and cynicism of the Teenager stopped him from grasping the full picture, a picture that the Kid was capturing much more brightly.

This boyhood Renaissance that Lewis talks about is very real, at least it was for me, I don’t know why, but I know for sure that in goodness the adult version of myself is much more similar to the younger me, and my worst traits match my teenage self perfectly.

Notice the following, when I talk about the Kid I’m not pointing specifically at the irresponsibility that he bears as a youngster, I’m talking about the things that make a child pure: the altruism, generosity, egolessness, and the infinite drive for exploration that we possess as infants. As for the Teenager, it’s not all bad, he is the wary one, he is clever. He has an idea of how the world works, and how to get things done, in a sense he kind of has everything figured out. He is the snake, but he is also the first who got bit. You get bit once or twice, and that’s enough to suck out the selflessness that you once had. Congratulations, you’re now a full-blown grown Egoist.

At 26, I see myself as these two personas. I try as hard I can to fetch back that younger drive for exploration, experience, awe, and contemplation. I know that this is the part of me that’s interested in mystery, interested in revelation, and exploration, he is the individual interested in deep semi-answered questions about everything but specifically in the realm of philosophy, art, and theology. As for the Teenager, I’ve learned to appreciate his ambition and resourcefulness, he is the ship captain roaming to where the next treasure chest is, but he wants to reclaim it all for himself.

For all purposes and intentions, at 26 I know that the Teenager has an infinite amount to learn from the Kid. Maybe it’s time to introduce a third character, the Adult, the reborn Kid, capable of bearing the responsibilities and snake bites that the Teenager despises without perishing. 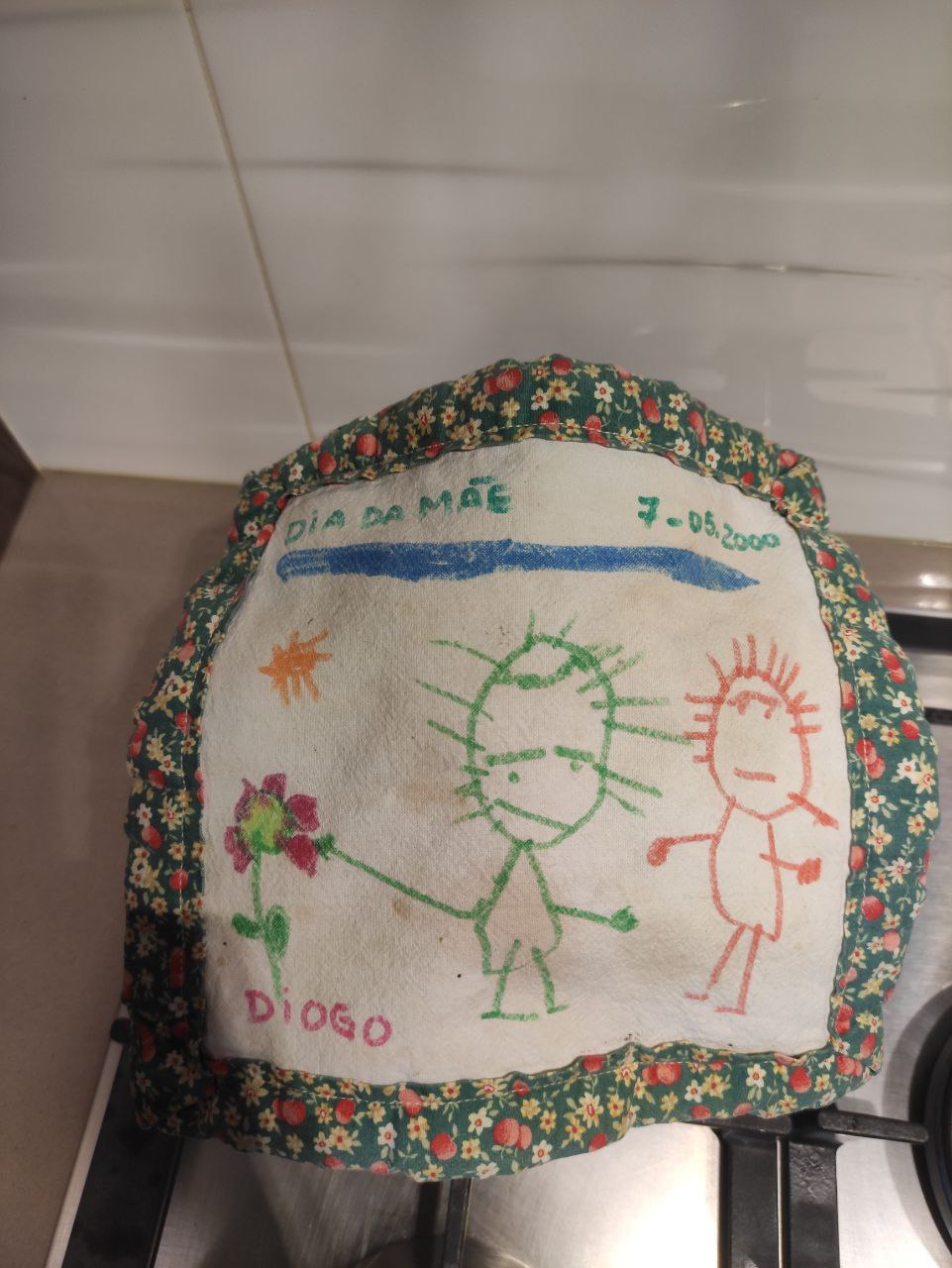 A kitchen pad that I offered my mother when I was 3.